Cardinal Creek Village is a relatively new subdivision in east Orléans which is expected to grow to a community of over 3,000 homes. The developer (Tamarack Homes) invited prospective residents to “discover a land rich in heritage and lush with vistas … a rolling landscape of walking trails and rugged ravines where the views of distant hills and nearby waterways frame each day.” The Cardinal Creek Village Concept Plan guided the development, with the first homes completed in 2015. Many historical elements of the land have been preserved; in Millstone Park, for example. There is an active citizens organization: Cardinal Creek Village Community Association.

Cardinal Creek Karst has been designated as a Provincially Significant Earth Science ANSI (Area of  Natural & Scientific Interest). The Karst presents a scenic, interesting landscape with a relatively large and complex caving site (340 m) with excellent educational and recreational potential. The Karst is a  tunnel valley system by which groundwater disappears beneath the surface into an entrance cave, and reappears at several waterfalls along Cardinal Creek (sometimes called Leonard Creek) as springs, until it reemerges at the foot of the system. 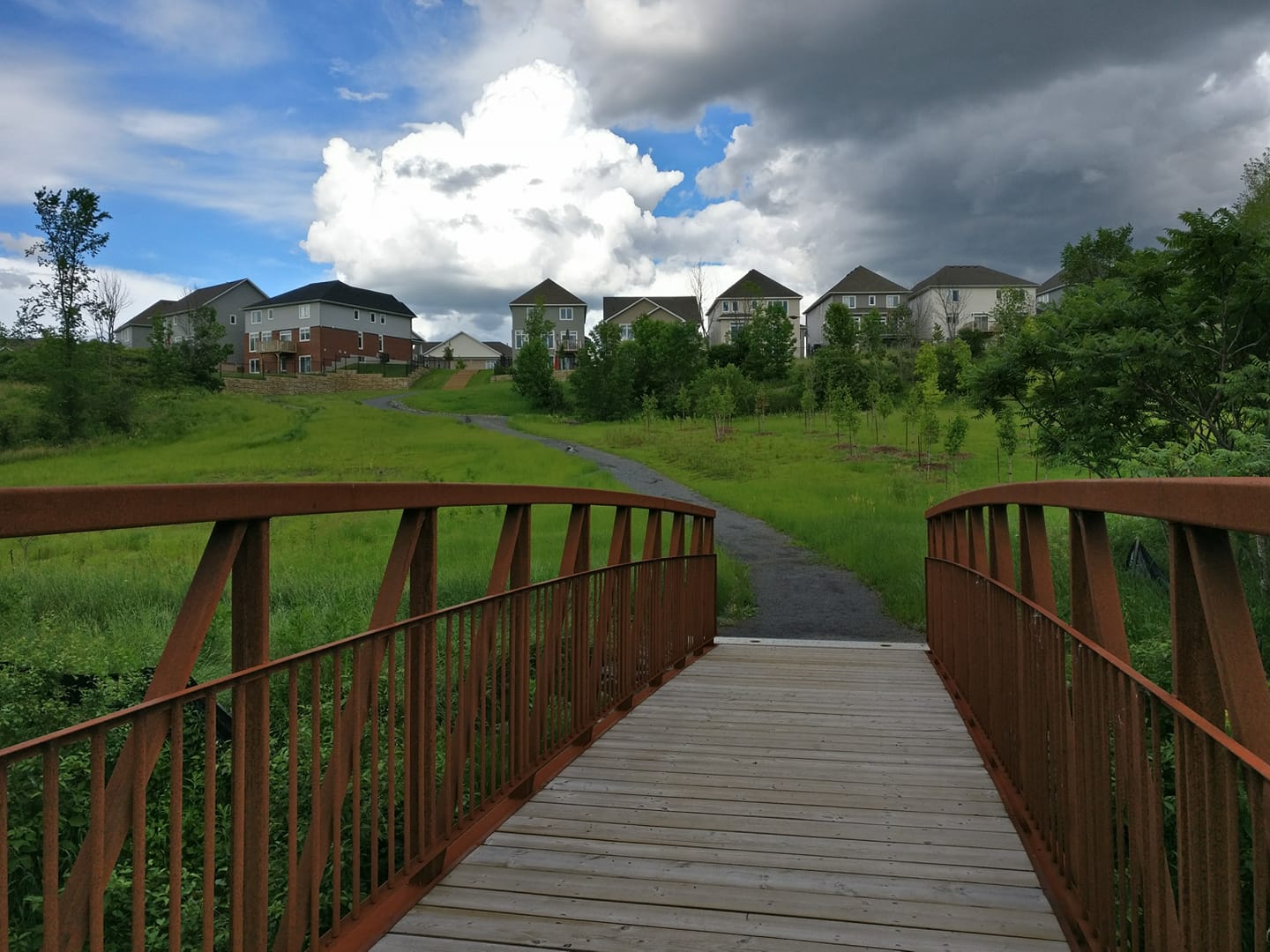