The Glebe-Dow’s Lake neighbourhood is bounded by the Queensway to the north, Queen Elizabeth Drive to the south and east, Preston Street to the southwest, and Bronson Avenue to the northwest and includes the communities of Dows Lake, Glebe Annex and The Glebe. The Glebe was initially established in 1837, when much of the land was allocated to St. Andrew’s Presbyterian Church. In fact, when the area was opened for development in 1870, the neighbourhood was simply referred to as “the glebe” which means “church lands”, since the land belonged to the church. The area that became Central Park was purchased from local farmers in 1868 by the City of Ottawa Agricultural Society. From the Rideau Canal two bodies of water jut into the Glebe: Patterson Creek and Brown’s Inlet.

This neighbourhood is one of Ottawa’s most recognizable and eclectic areas and has a number of strengths including many opportunities for community engagement: Glebe Community Association, Glebe Annex Community Association, Dows Lake Residents Association, Glebe Neighbourhood Activities Group (GNAG), and Glebe BIA.  The neighbourhood is home to Lansdowne Park which contains TD Place Stadium, where Ottawa’s CFL football team (the Ottawa Redblacks) and the University of Ottawa Gee-Gees play their home games. Lansdowne Park also contains the Ottawa Civic Centre, which is the permanent home of the Ottawa 67’s. The stretch of Bank Street that runs through the Glebe is one of Ottawa’s premier shopping areas, with many small stores and restaurants offering a wide variety of services. Much of the rest of the Glebe consists of detached homes, many of them constructed in the early decades of the 20th century. Some of these homes are owner-occupied family residences, while others have been subdivided into multiple rental apartments.

Dow’s Lake is named after Abram Dow, an American-born settler; before the construction of the Rideau Canal this area was known as Dow’s Great Swamp. The lake was created when a dam was constructed along the north shore (Queen Elizabeth Driveway is now atop the dam) to allow flooding for the canal. A rail tunnel passes under the lake. The tunnel replaced a CPR rail line that once crossed the lake on the surface; the primary user today is OC Transpo’s light rail transit system (Trillium Line).  Each spring, the adjacent Commissioners Park displays tulips planted by the NCC for the annual Canadian Tulip Festival; each winter, Dow’s Lake freezes and becomes part of the world’s longest skating rink and one of the primary sites of the Winterlude festival. 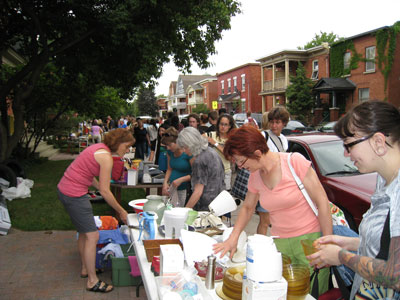 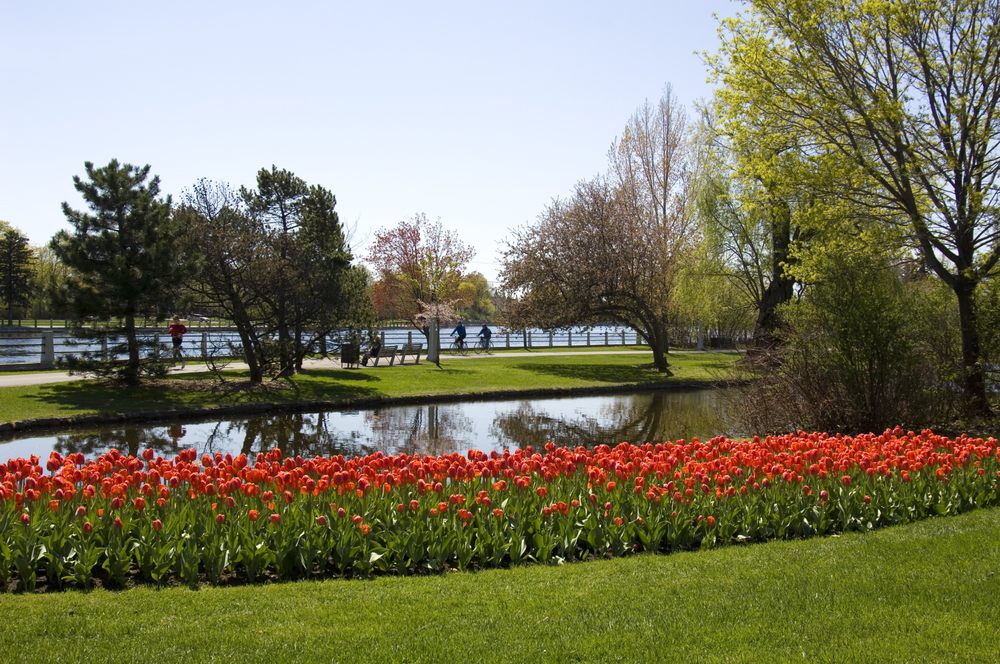