The Parkwood Hills neighbourhood stretches along both sides of Meadowlands Drive and south to Tiverton Drive, and includes the area south of Deerpark and west of Fisher Avenue, and the area defined by Meadowlands-Grant Caren-Bowhill-Hilhurst-Chesterton.

This is a planned mixed-dwelling suburban community with apartment blocks, townhouses and an assortment of single-family houses. The development is largely the work of the Minto Group, which maintains ownership of many of the multi-residence buildings. The community was developed primarily between 1959 and 1972. In 1967 Minto built the first high-rise condominium development in Canada, called Horizon House, located on Meadowlands Drive at Chesterton. Merivale Mall is a short walking distance from the neighbourhood. 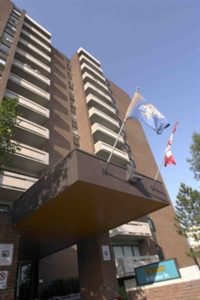 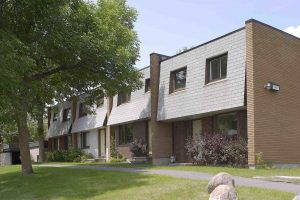