Sandy Hill is bounded by Rideau Street to the north, Highway 417 and the Transitway to the south, Rideau River to the east, and the Rideau Canal to the west.  This neighbourhood includes the community of Strathcona Heights and the University of Ottawa. The neighbourhood was previously described by ONS as “Sandy Hill – Ottawa East”.

The area is named for its hilliness, caused by the river, and its sandy soil, which makes it difficult to erect large buildings. It is home to a number of embassies, residences and parks. As a residential community, Sandy Hill dates back to the 1870s and was the wealthiest and most prestigious neighbourhood in the Ottawa area up until the early 20th century. When Ottawa became the country’s capital, it became home to senior public servants and Prime Ministers. Sir John A. Macdonald lived at three different Sandy Hill addresses, only one of which remains: Stadacona Hall (now the Embassy of Brunei). Sir Wilfred Laurier and William Lyon Mackenzie-King resided at Laurier House, while John Diefenbaker lived just blocks away from the home of another notable resident, WWI ace Billy Bishop. The University of Ottawa Campus was established in 1856 on land donated by Louis-Theodore Besserer. However, the university had been originally situated just north of the Byward Market six years earlier in 1842 before moving to its current location, straddling the Rideau Canal south of Laurier Ave.

The Sandy Hill area is split about equally between anglophone and francophone populations, with large communities from Somalia, Lebanon, and Haiti. The area is very close to downtown, especially to the Rideau Centre, a large downtown shopping mall. The area is well served by mass transit; there are LRT stations at uOttawa and Rideau and the transitway also passes by the university.

Sandy Hill is often divided into four areas. North Sandy Hill consists of the area north of Laurier Avenue. This part of the neighbourhood is much older with many of its buildings dating from the nineteenth century. The area is subject to the influences of more recent developments along Rideau Street. South of Laurier Street is South Sandy Hill, largely built after the Second World War although though there are a number of much older structures. Below Mann Avenue, in the far south of the neighbourhood, is Strathcona Heights, a community that is much smaller geographically than the other two but is just as densely populated. It consists almost entirely of low-rise apartment buildings that are either subsidized housing or co-operatives. This area was completely redeveloped in the early 1990s. Finally, the area below the Strathcona Heights escarpment, near the Rideau River, is known as Robinson Village. This area was cut off from other neighbourhoods when highways were built, and contains low-rise houses and light industrial uses. 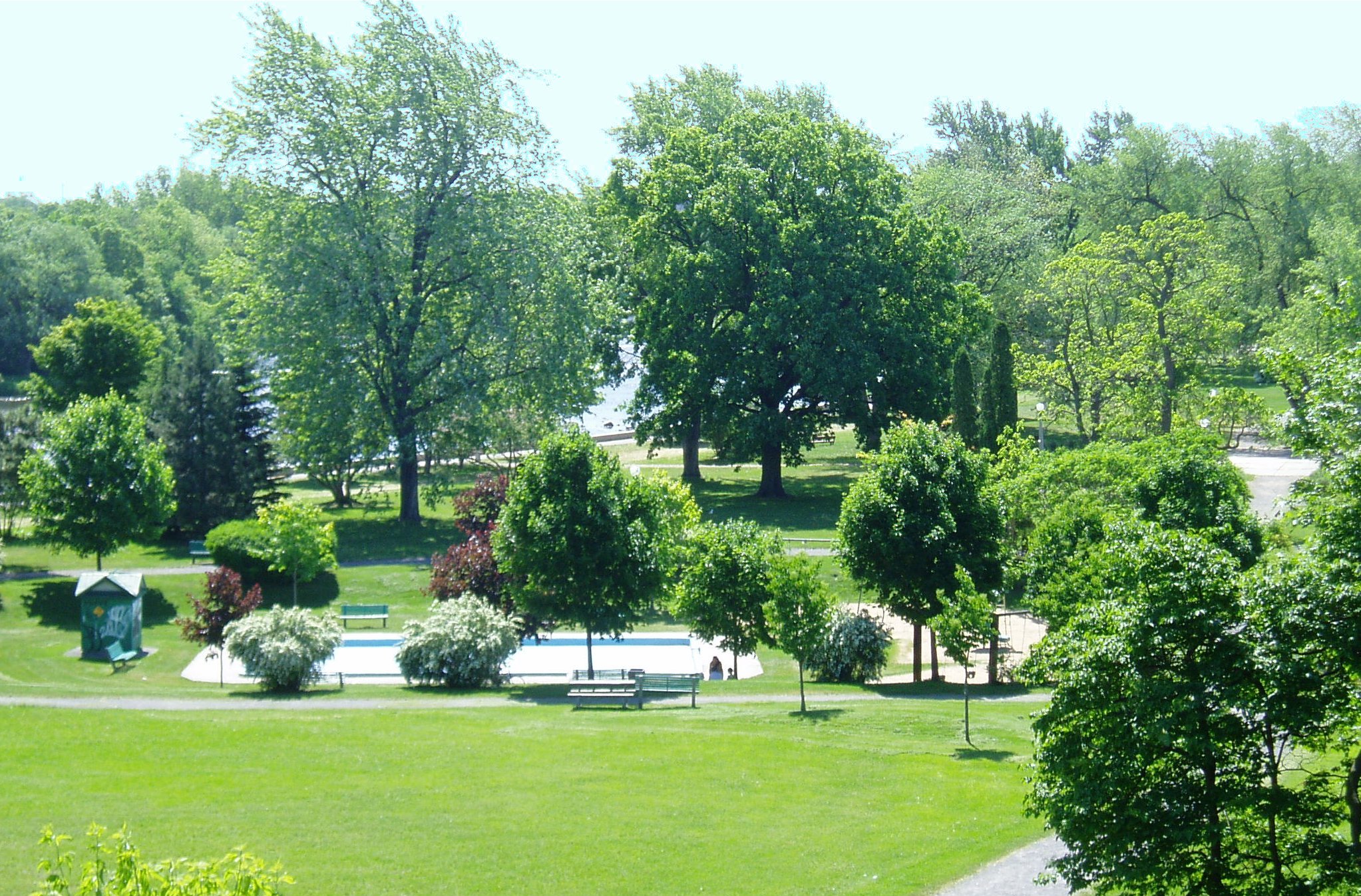 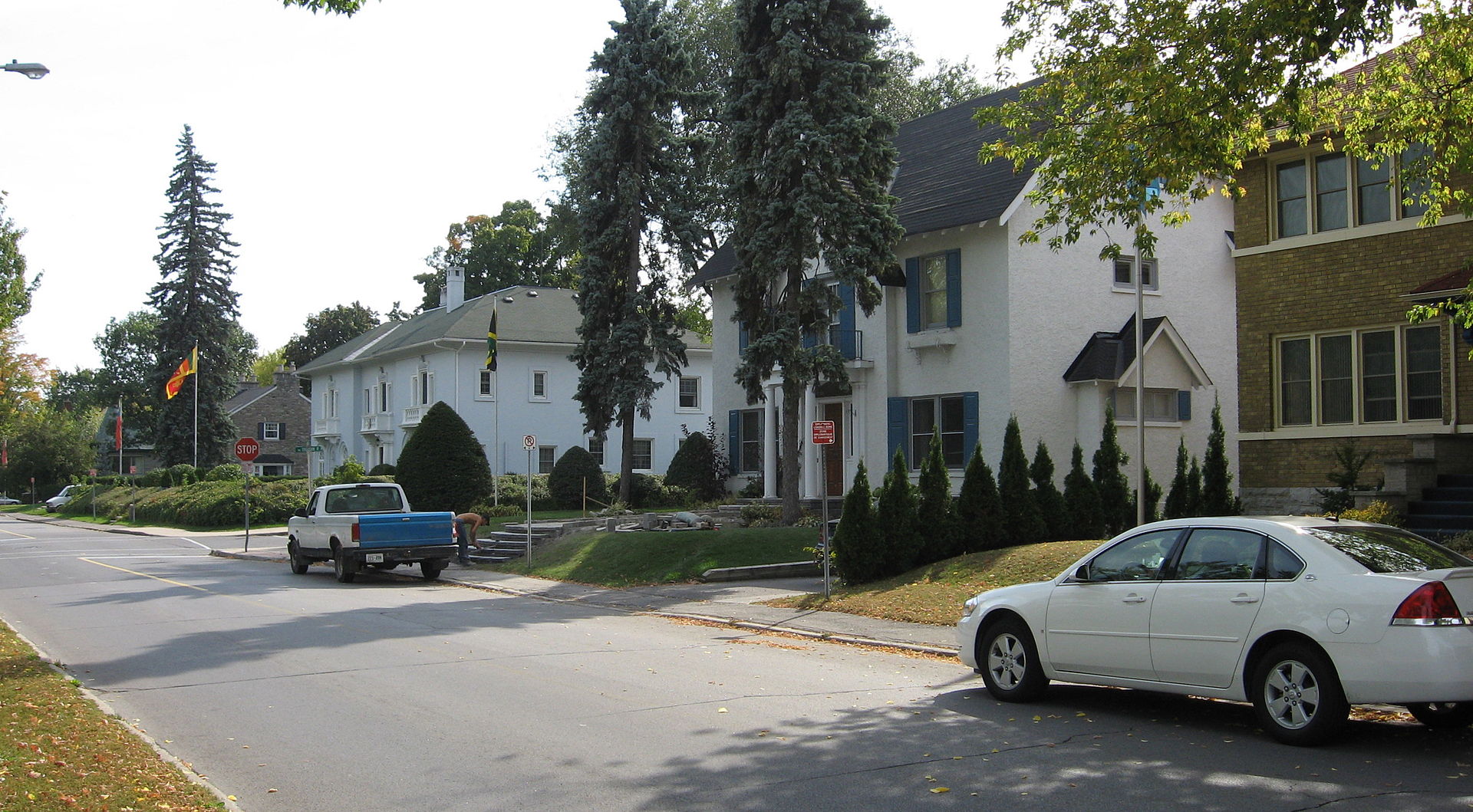 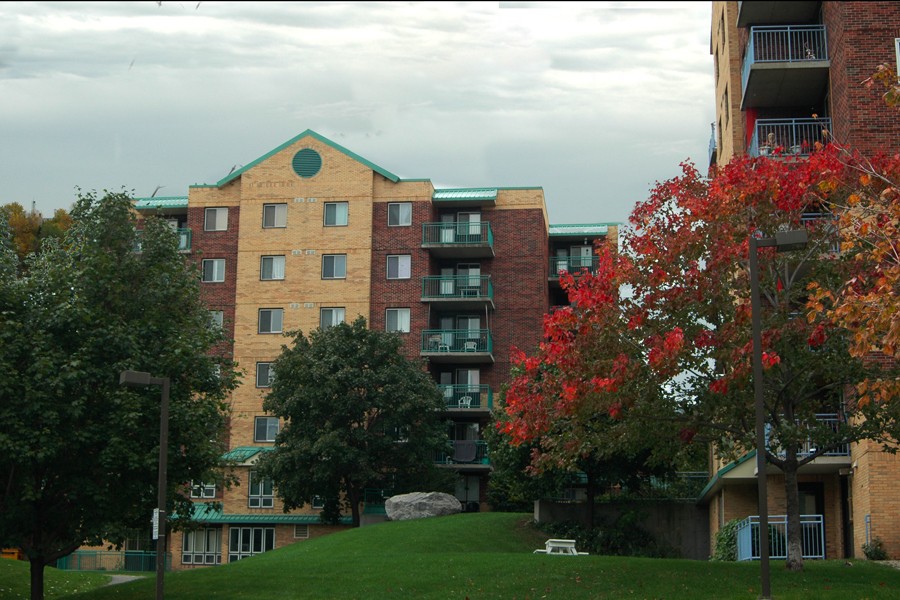 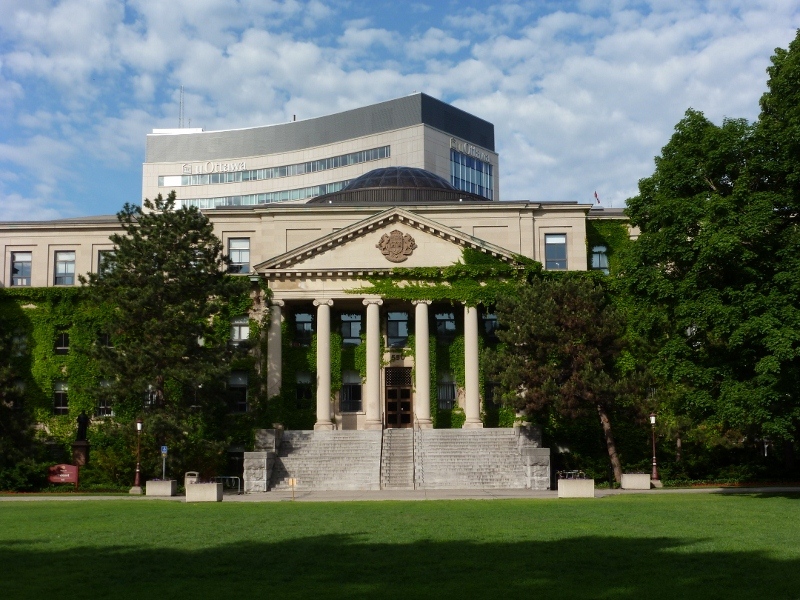